THE OTHER SIDE OF LIZFERA 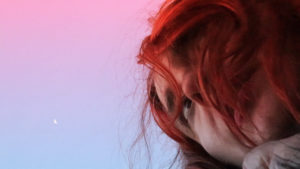 Imma Lucas, is the person behind Lizfera. In this post we present her biography briefly.

Imma begins studies of Art and Design in Alicante, her home province, after she travels to Milan, London, and Paris; both to complete them, and to experiment with other disciplines.

Of restless spirit and in constant change of city, decides to enter humanities, with the degree of Anthropology.

Her career from its origins is multidisciplinary, developing videos and photographs, large-scale series of paintings, and experimenting with performance in her studio, which she also records in video. She holds both individual and collective exhibitions, and participates in Insonit, an experimental festival of electronic music and artistic creation of Alcoy.

In 2015 she carried out the Master of Research in Art and Design, EINA, Barcelona; linked to the Autonomous University.

She has worked in graphic design, textile research and communication.

In her musical facet part of the experimentation that integrates the image with the sound and participates in several projects creating in Barcelona her own post punk band called: Deudoras. 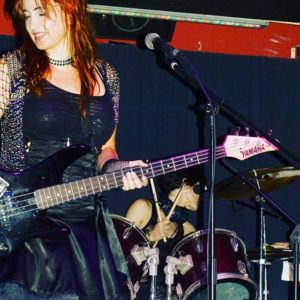 At the same time, she composes and produces her own songs under a more personal and creative vision embodied as Lizfera.

In May of 2018 she travels to Ecuador as a resident of Artefacto Sonoro, it is an artistic residence specialized in sound in which she carries out a project that has to do with the cymatics and with the investigation of rituals and creativity in the indigenous people. This project culminates with a concert at an event scheduled by the Contemporary Museum of Quito. 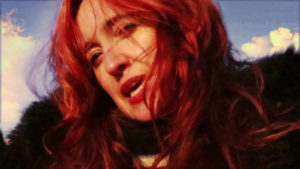 During this period, she is also preselected atv  the call of the IMB Artist Talent Contest Festival in Barcelona.

In October 2018, she was selected, after winning a contest, as an international jury in Artistic Research projects, by the Ministry of Culture in Quito, Ecuador. During this stay he participates in the conference for Development and Creativity with a paper that will be published at the academic level, along with the whole cycle of conferences, by the Ministry, under the title, Let’s Talk.

She is currently focusing on the launch of Lizfera and the composition of new themes and promotion to others of being working on the edition of her first novel, which is in some way related to music and which she will publish in the course of 2020.